A Virtual Island for Sovereigns

Fasta Mandasta commented on Jaro's blog post PEOPLES RESET OF FIAT SYSTEM TO LAWFUL MONEY
"The original California Constitution forbid banks and banking associations but the politicians couldn't wait to "rewrite" it twice and give Californians the Constitution... with banks.  Good crypto eliminates these parasites, is…"
4 hours ago

michael mac donald and A Macdonald are now friends

lis kirbin replied to lis kirbin's discussion Private car insurance? in the group Right to Travel and Traffic Court
"There are educational classes every tues. and thurs. that you might find useful.  Put yourself on the email list to get notices of topics, #, time, etc...  Most of the classes are given by jim, who's very well versed and getting a lot…"
Tuesday

lis kirbin replied to lis kirbin's discussion Private car insurance? in the group Right to Travel and Traffic Court
"It's an offer to contract, which should be returned within 72 hrs (lemon law).  You can try it after 3 days, but not sure what'll happen.  Never ever give them the DL, registration, etc...as they are proof of your contract to be…"
Tuesday

Susan P replied to Elizabeth Powell's discussion Dismissing Traffic Ticket Video
"Please post video again.  It was deleted from Youtube - maybe Bitchute has it.  Or give us the title of video to search for."
Tuesday

Susan P replied to Jo Jo's discussion traffic ticket
"Could you tell us what this process is, or you are saying it like this (without specifics) because you want us to contact you?  (which I have)"
Tuesday

A Macdonald left a comment for Susan P
"Susan, the 72 hour rule is in regard to cancelling a contract for any reason whatsoever.... The Supreme Court has ruled there are other lawful reasons one can rescission one's signature from a contract (citation)... 1) Fraud:  which is…"
Tuesday

Susan P replied to lis kirbin's discussion Private car insurance? in the group Right to Travel and Traffic Court
"Would Jaro's sample work if it has been way over 72 hours?  Or only if you do it within that time?"
Tuesday

This online group (Sovereign Warriors) is PRIVATE, and any information found here is ONLY authorized for private use. Use of any such information for official use, is PROHIBITED, and subject to fees and fines. Furthermore, use of information from this group, by any United States State, City, agency, official, agent, employee or municipal corporation, whether acquired directly or via an informant, is prohibited and subject to these fees:

Furthermore, group members who are affected by such unauthorized use, are hereby authorized to sue, or otherwise attempt to collect the above-mentioned fees. Of course any info gained under a valid search warrant, is exempt.
By being a member of this group, you are agreeing to these rules.

"A nation (or group of people) who do not use their intelligence are no better than animals who do not have intelligence and thus are steaks on the table by choice and consent." --William Cooper

"The past was erased, the erasure was forgotten; the lie became truth." - George Orwell ‘1984’

"Be who you are and say what you feel, because those who mind don't matter, and those who matter don't mind."
— Dr. Seuss

Any and all information on this site is for educational purposes ONLY, and is NOT to be construed as legal advice..

I've found this post on another forum so can't verify how accurate it is, but it's basically how the law enforcement should handle Secured Party Creditor, if cops follow all laws and contracts. That's because Secured Party Creditors take control of the ALL-CAPS strawman by recording a lien against it, that's superior to the lien that the corporate government has against the strawman, and which they use as the authority to enforce their corporate Democracy statutes against us.

"I went sailing from Maui with my friend Captain Tom and 18 people yesterday and we were boarded by the US Coast Guard!

They asked Tom for his "Captain's License", "ID", and "Registration". He handed them a certified copy of his filed and recorded UCC-1 (research UCC redemption process or ask me for help), upon which they simply checked to see that we had enough life vests on board, and bid us good-bye...!
Awesome truth! Gotta love it!!!

I, of course seized the opportunity to "plant a couple of seeds"! I asked if the Coast Guard was a corporation, and one of the officers mentioned that he was already aware that the United States is a corporation. I then asked him if he knew that his name was a corporation and "Credit", and he became curious....


BTW, did you notice that he didn't show his license or State ID? If he did, he'd give them evidence that he's a State subject liable to obey statutes. He showed them the UCC-1, INSTEAD of any ID or license, as an authority and proof of identity.

The conditions of conquest are always easy. We have but to toil awhile, endure awhile, believe always, and never turn back. - Marcus Annaeus Seneca

It does not matter how slowly you go so long as you do not stop. -Confucius

If one advances confidently in the direction of his dreams, and endeavors to live a life which he has imagined, he will meet with a success unexpected in common hours. - Henry David Thoreau

WE HAVE TWO PRESIDENTS

If We are under military control file complaints with the Provost!

Is the Pandemic over? Who says so? Live 10:30 am cst Illuminating Minds Podcast

HOW TO USE COPS

How to Kill the SSN

WHAT IS UNITED STATES?

HOW TO CHARGE COUNTY OFFICIALS WITH TREASON for LOCKDOWNS

You are disconnected from chat. Connect to join the chat.

I am new to this process and would like to know how to handle this situation.My friend and I were traveling on the highway. She was driving and we were pulled over. The officer refused to tell us why…Continue

Hello, All! This is an update on a parking ticket that I had A4V-ed this past October/November.  I wanted to share with you the good news that the city court didn't bother me any longer after stating…Continue

these folks have the right to travel remedy front to back, everything you need to know. https://sovereign-remedy.mn.co/homeContinue

What if you didn't address the traffic ticket within 72 hour refusal for cause?

Is there anything at this point that can get you dismissed?  Are you already in dishonor for letting the 72 hours pass?  If you have something that works, please provide a sample or links.  I will…Continue

I'm looking for a place on internet, or otherwise, where I can publish a common law lien notice, hopefully free, but if not, that's ok too. Thanks!Continue 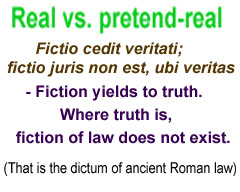 
Any and all information on this site is for educational purposes ONLY, and is NOT to be construed as legal advice..